Yesterday i had some 7 hours more to accomplish my bow project that i started at saturday. 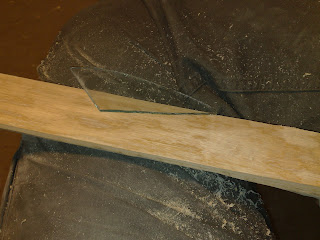 The year rings ?...grains were dug up to one complete surface with pieces of glass so i would not break the surface with any blades a sit would break the bow in use and ruin it totally :). This was the slowest and most accurate part of the making. 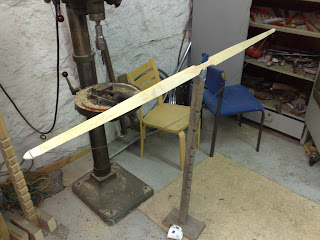 It came out 186 centimeters long and measuring from handle,it starts at 6.5cm width and they taper to the ends to some 2.3 centimeters thin. The profile at the wider parts is guite flatbow-like and the it shape shifts to more like pyramid..or D letter towards the ends. 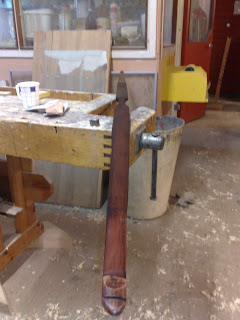 Its made out of ash ( Fraxinus Exelsior ), i did add a piece of curly birch to it as well,to have better handle shape. Between the curly birch and the ash mainpart is 3 millimeters thick piece of softened leather to prevent the handle from breaking off while tension grows in the bow at pull. 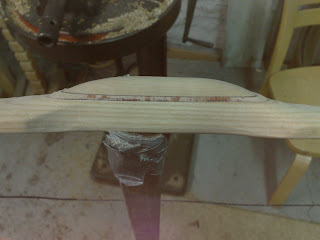 The nocks are made from deer antler. I wish i could have put two pieces in same colour, but i didnt have any so the nocks are now white at other and grey at the other end. I left them unpolished and dyed them with same reddish dark dye as the rest of the bow, maybe same day ill polish them, who knows but now i just ran out of time. 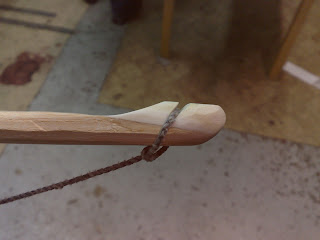 The string is made old school style by twisting and turning but its from Dacron thread. The string in the picture aint the one i made,its just a mock-up piece. The coarse shaping and grounding of nock was a the time to use belt sander,only because the time was getting so limited. 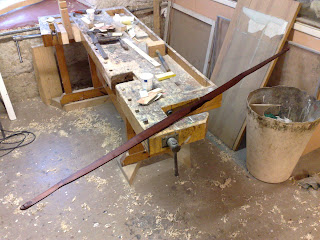 It turned out decently especially if i remember how short time i had to do it. Surely its not a showcase item but as it gave bit over 50 Lb at 28" pull its legal for hunting purposes in Finland. Now ive been wiping oil into it and pulling it slowly,trying to let the oil suck in well. Then after few days im about to wax it off with natural beeswax and polish it, after that its time to slowly start using it by adding the pull slowly so it haves time to set up before taking it to any serious action.
Lähettänyt Perkunas klo 13:10 9 kommenttia:

Crafts of some type,nylon and wood.

Ive been making a few more wood stoves for heating up shelters,and today when i didnt have chance to do welding i got lucky chance to switch a few lessons places and i managed to do little woodcrafts..without electric tools,like they used to do. Its soo much nicer to fabricate wooden stuff with just the basic tools like axe,knife, saw and files,rather than relying on electric jigsaws and belt grinders. This way, i think,you learn a lot about woodworking, your tools and your skills upgrade more than with electric boredoms. 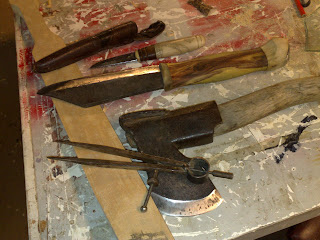 Tools that i use to make the bow. 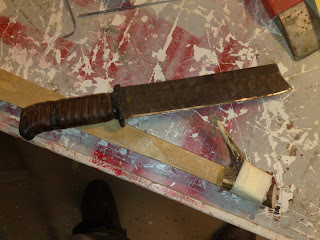 Beat-up hukari with slight mods in it. 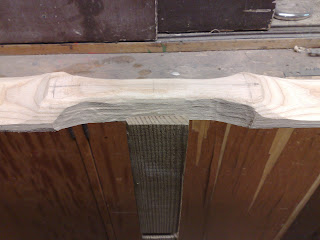 At some point this might be ready bow i hope.


And back at home last evening i made some tinkering to this old sewing machine that wasnt supposed to work at all,but i got it working a bit anyway. I sisnt have any plans nor any un-used stuff to fabricate from,but i tore ou a few old packs to get cloth and such and i made this crude,yet working belt pouch with carabiner,to my Guyot Designs stainless bottle and its GSI Glacier cup. The pouch has also two inner layers,the neoprene,to insulate and protect the bottle and then this soft,mesh type of layer,that also protects a bit, the bottle and makes the insertion easy as the bottle seems to slide better with that mesh. The outer layer itself is 600d waterproof ripstop nylon. Now i have atleast some way to carry the bottle in my belt if i choose to do so,rather than draggin' around any molle pouches. 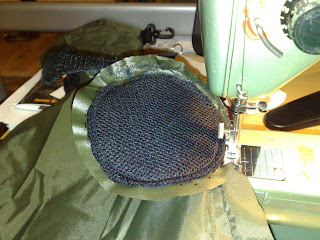 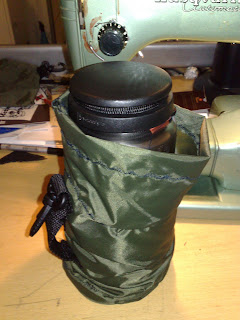 T.Kotavuopio's website update, for foreign orders, check it out.

Tero has put up an update on his pages, and i tried to help him out , because he has now more and more potential customers from other countries, so theres a short english written page now for them, please go ahead and check it out.

I am alive,in a way.

Sorry for not updating so much lately. Ive been doing this and that and ive taken photos too,so i have material to work on,to be put up here but luckily ive had a chance of being able to just kick back and enjoy the nice time with my few buddies and my girlfriend.

I am about to write about certain hiking fry pan,GearPods,few sharp items and such,but as ive mentioned ive tried to avoid hoarding gear like maniac,im really happier this way.

Oh,for the reader types of you,i have to praise and suggest that youll get Juha Maasola's book about axes in finnish culture,named "KIRVES", as axe, its definetely the best damn book in long long time for me. Even you who cant read Finnish,i tell you that its filled with loads of excellent photos for your wet axe dreams.
10 points !


Hey heres a shot from my last weekends stay. I had nice time ice fishing,bathing in sauna and eating well,having a few beers and driving the snowmobile's. 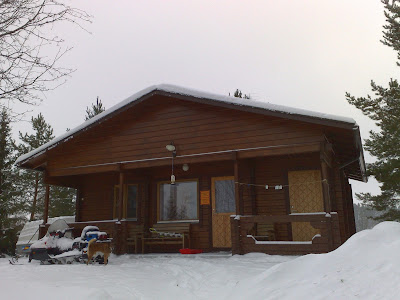